In the academic year 2022/2023 the Faculty of Journalism and Mass Communication of Sofia University "St. Kliment Ohridski" celebrates the 70th anniversary of the establishment of the speciality "Journalism", which marks the beginning of higher academic education in journalism in Bulgaria.

Since the academic year 1952/1953, when the specialty Journalism was founded, more than 10,000 colleagues have graduated from FJMC, and many journalists from the press, radio and television, now also specialists in digital media, have improved their qualifications. Hundreds of international students from more than fifty countries are alumni of the specialty and the Faculty. 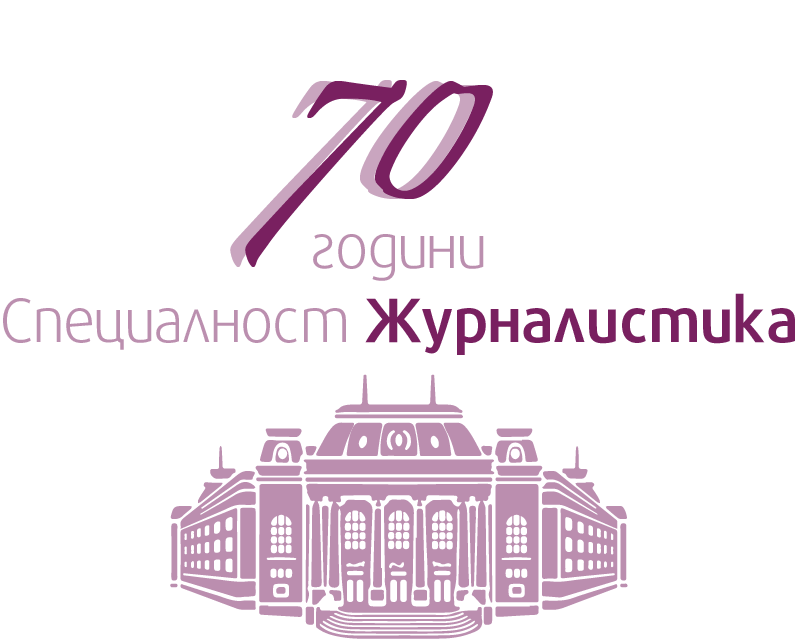 The Faculty of Journalism and Mass Communication organizes an academic celebration on the occasion of the 70th anniversary of the specialty "Journalism", which will be held on 28 November 2022 at 11 am in the Aula of Sofia University "St. Kliment Ohridski"

The Rector of Sofia University Prof. Dr. Sc. Anastas Gerdzhikov and the Dean of FJMC Prof. Dr. Veselina Valkanova will address the graduates of the FJMC class of 2022, who will be officially awarded their diplomas. During the ceremony, Prof. Dr. Sc. Milko Petrov, a long-standing lecturer and researcher at FJMK, will be awarded with the Honorary Sign with the Blue Ribbon of Sofia University for his overall contribution to the development of journalism education and media and communication research.

The solemn celebration of the significant anniversary is an occasion for a gratifying review of the achievements of dozens of scholars, teachers and thousands of alumni of the Faculty, who over the past seven decades have contributed to the authority of Bulgarian academic education and to the establishment of high professional standards and strict ethical rules. We are convinced that enlightenment and the defense of free speech are among the most important missions in our contemporary society, requiring shared democratic values and united efforts.