The Faculty of Journalism and Mass Communication and the Goethe-Institut Bulgaria in cooperation with the Trust for Social Achievement Foundation held the Media Incubator seminar for the second consecutive year. As in 2020, the focus of the workshop was to explore the ways in which the media create, disseminate and reinforce pejorative attitudes against Roma - the largest ethnic minority in the Balkans.
Unlike last year's edition of the Media Incubator, however, in 2021 the aim of the educational seminar was to analyse in depth the tools through which minority groups are represented in audiovisual media.
Participants showed the ambition to put what they learned from the workshop into practice and contribute to the fight against marginalisation and discrimination of different social groups in the media space. This desire was welcomed by Goethe-Institut Bulgaria and therefore, after the end of the workshop on 7 October, each participant was given the task to conceptualize a media product of their choice on the theme "People Beyond Labels" (How To Overcome Labels) by 1 November 2021.
As a result, the participants proposed a wide variety of podcasts, interactive art installations, exhibitions, audiovisual shows, videos and articles, addressing not only Roma issues, but also other pressing social topics such as discrimination based on sexuality, misogyny, the problems of people in an "undocumented" situation or those with disabilities. Five of these projects have been selected to receive funding from the Goethe-Institut Bulgaria and to be implemented within the next six months. Among the winners are two projects by students from FJMC.
One was developed by journalism students Stanislav Petrov, Simeon Alexander and Dilyana Stoyanova. The concept of the three students is an audiovisual show of a social experiment type, which aims to put different interlocutors in an imaginary situation of discrimination to provoke their critical thinking. The authors envision a fair, collegial verbal duel, where each episode of the show will be dedicated to a specific discriminatory topic and will contain three components: a quiz; a situational game to make the interlocutors make decisions in different imaginary situations; and a discussion topic.
The title of the project itself, "S.U.P.E.R", is an abbreviation of the pressing issues that will be discussed - sexuality, disability, gender identity, ethnicity and religion. The project will also have a charitable nature - each of the six interlocutors in the show will participate in the experiment with a cause they support. In the final, the winner of all episodes will have the opportunity to donate Lv 1000 to an organisation / initiative / person in need of their choice, this amount will be provided by the Single Step Foundation.
The podcast production will be handled by Rosen Tsakovsky's project. The journalism student wants to use the funding provided by Goethe-Institut Bulgaria to create a podcast that will raise awareness about the social stigma faced by members of different groups (women, Roma, LGBTQ+, people with disabilities). The uniqueness of the project, however, lies in the idea that this will be the first podcast in the Bulgarian public sphere to explore pejorative attitudes against these communities in the context of the COVID-19 pandemic and to look for reasons for the increase or decrease of stigma in this period. 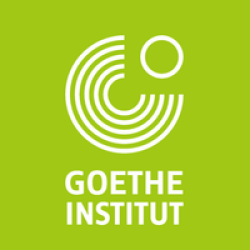